Attorney at Law David Gorewitz works primarily in the areas of maritime personal injury, insurance disputes and general personal injury claims, including automobile accidents, motorcycle accidents, and wrongful death. The firm represents passengers and crew members injured due to accidents, battery or sexual assaults on cruise ships, yachts, fishing boats, tugboats, sailboats, motorboats and pleasure boats. The firm also represents persons injured in slip and fall accidents and who are injured by defective products. Dave at times represents people in business disputes and real estate litigation. Dave will consider any case when people are having their legal rights abused by big business or governmental agencies and has been appointed to represent the interests of abused children.

Dave grew up in Cheltenham, Pa., a suburb of Philadelphia. He graduated from Pennsylvania State University with a degree in business/ accounting and worked his way through Loyola Law School, New Orleans, by working full time during the day and attending night classes.
Upon graduation from Loyola in 1983, Dave worked for a short period of time with the New Orleans District Attorney’s Office as a prosecutor and then continued his legal career by working for a large, aggressive litigation-oriented maritime defense firm in New Orleans.  Dave, while working for this law firm, spent much of his time defending maritime employers from  numerous claims of injuries occurring in the Gulf of Mexico on oil drilling rigs, supply boats, tug boats and in all other areas of maritime commerce.

In addition to working as a maritime defense lawyer litigating on behalf of oil companies and oil drilling rigs, Dave spent approximately 50% of his time defending insurance companies and the various municipalities they insured.

Upon moving to Florida in 1989, Dave elected to work for the then largest personal injury law firm in Brevard County. Dave primarily represented personal injury claimants, including employees and passengers injured in the cruise and fishing industries, and persons who suffered injury or death through automobile, truck or motorcycle accidents.  Dave also built a significant practice filing lawsuits directly against insurance companies who refused to comply with the terms of their own insurance policies.

Dave started his own law practice in 1991.

As a defense attorney in New Orleans, spending years flying back and forth to the drilling rigs, Dave gained a valuable perspective about how maritime employers defend claims.  Dave personally tried approximately 15 cases in the federal and state courts of Louisiana, thus gaining extensive trial experience from the defense attorney's point of view in both maritime law and insurance defense. This work involved not only claims against maritime employers, but oftentimes involved the defense of law officers accused of civil rights violations, the defense of allegations of sexual abuse, and standard insurance defense work arising out of automobile, truck and motorcycle accidents.

Because of this initial defense experience, and because Dave has tried a number of cases on behalf of injured victims since arriving in Florida, he is well prepared and uniquely qualified to represent your interests if you were injured in the maritime industry whether on a cruise ship, a tug boat or a fishing vessel, if you were injured in a motorcycle, truck or car accident, if you were injured in an accident through the fault of another person or party, or if you are in a dispute with your own insurance company.

Dave has been a Board Certified Trial Lawyer since 2004 and has been recertified two times since then.  Only a very small percentage of trial lawyers in the State of Florida achieve the designation of Board Certification, which allows a trial lawyer to hold himself out as a specialist in trial practice.

Dave and Phylis have been married since 1990.  They have two children, Lauren, age 21, and Alyssa, age 19.  Both girls are now college students. 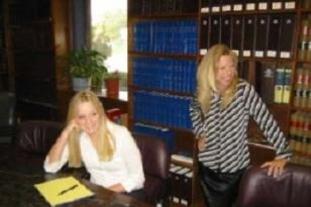 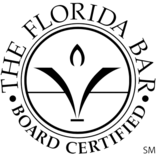 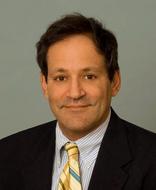 With David Gorewitz P.A. Attorney at Law, you’ll work with an experienced legal professional who holds a keen understanding of your individual situation. 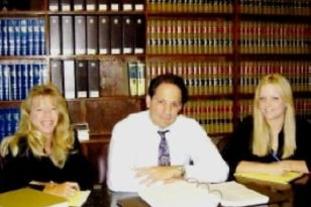